A Cocktail or Two...

With family in town earlier this month, I took the opportunity to experiment on them like they were lab rats dazzle them with  new recipes .  Among the tested recipes, two cocktails topped the list and will make a repeat debute occassionally around these parts!

Not only were these two cocktails another great excuse to drink out of Mason Jars, but they were also a welcome change from our standard drink rotation here!

First up is a Berry Blast.  It's light and fruity and goes down way too easy!  Mix 1 part Trader Joe's French Berry lemonade, 1 part club soda and 1 part blueberry vodka.  Delish.  After one or two, we became brave and started mixing various fruity vodka flavors with the club soda mix.  When you want it less sweet or less strong ... simply adjust the 1:1:1 ratio. 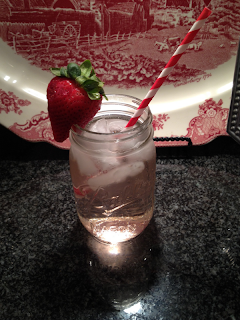 Next up is a delish cherry beer-garita.  Don't let the name fool you.  This bevvy will have the men happy for manly-ness of the drink and the gals pleased with the cherry nature too!  It's a win across the board.  And, should likely be renamed "Call a Cab" because after 2 of these you most definitely will need too!

This recipe was a gem I found on pinterest.  The graphic below is the best recipe ever ... how simple and informative is that? 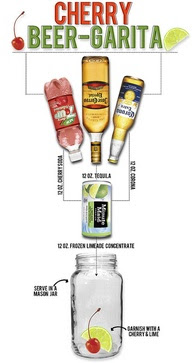 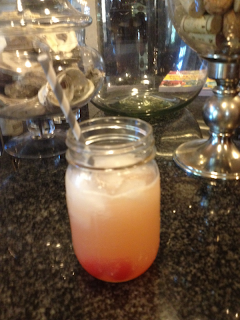 Like I said ... even my toughest critics (Pop Pop and Pops) agree they were a smashing success!  Cheers, y'all! 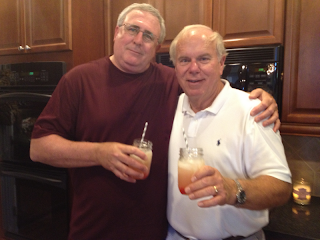